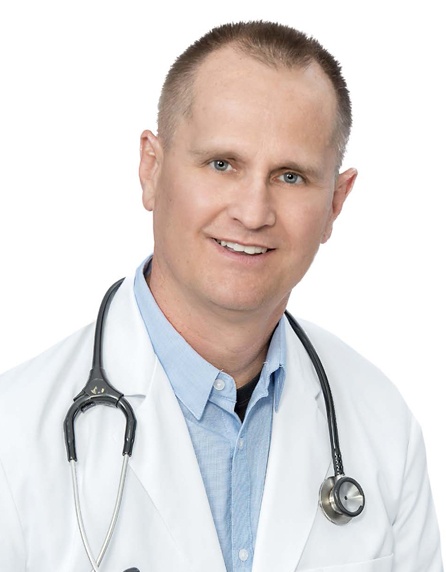 Dr. Powers is a Colonel in the US Army and a Florida native, having grown up in Kissimmee. He completed medical school at the University of Alabama after completing undergraduate studies at Troy University. After graduating med school in Alabama, Dr. Powers returned to Florida to complete his Family Medicine residency at Halifax Medical Center in Daytona.

Dr. Powers is married to Vanessa and they have seven children: Chad, Sara, John, Beka, Anna, Emily, and Evelyn. Chad and Sara followed in their fathers’ footsteps by becoming pediatricians.

In his free time, Dr. Powers can be found with family and friends fishing, hunting or skiing. Dr. Powers thanks you for making your medical home at VIPcare. He looks forward to meeting you and your family and making a positive impact on your health!

What people say about us

Dr. Powers has always been caring, personable, and attentive to any medical issues and addressed them immediately and correctly. I would highly recommend he and his entire staff.

I have been a patient of ProHealth for 25 years. Professional team that provides excellent healthcare. Lots of changes but always quality care.

The best doctor you could ever find. Have been with him for 25 years.

I was referred to Dr. Powers as a PC last year. He has been excellent in diagnosing my health issues and treating or referring me to a specialist. At checkout, I always receive a printed report of everything that discussed/ changed or modified during my appointment. This is great for reviewing and following any instructions. Awesome staff including Dr. Patel who sees me when Dr. Powers is unavailable, and Wanda in referrals.