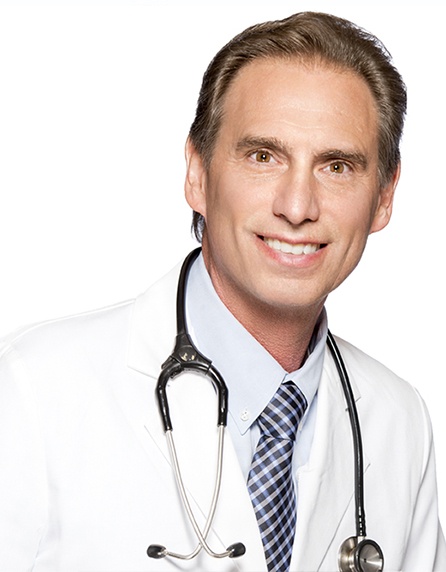 Dr. Falkenberg was born in New York City and grew up on Long Island. He completed his undergraduate education at the SUNY at Stony Brook. He then moved upstate and attended the University of Rochester School of Medicine to complete his internship and residency in Internal Medicine.

He then moved to South Florida where he practiced for over 25 year. In 2014 Dr. Falkenberg relocated to Belleview and joined VIPcare.

Dr. Falkenberg has been married to Cynthia for over 42 years and they have two daughters. His oldest daughter, Jaclyn is married and has four children; and she is a physical therapist in Georgia. His youngest daughter, Lindsay is married with two children and is a cardiac nurse in Atlanta, Georgia.

Dr. Falkenberg enjoys swimming, biking, driving his modified 1989 Mustang GT, listening to country music and spending time with his grandchildren – especially on their yearly vacations at the beach.

Dr. Falkenberg thanks you for making your medical home at VIPcare. He looks forward to meeting you and your family and making a positive impact on your health!

What people say about us

Loved the staff and the friendly office 100%

I have been a patient of Dr. Falkenberg for 2 years as well as my husband and Mother.

I was seen the same day for a sick visit and the staff was excellent. One of the colored girls assisted me with all my questions. Overall, I loved my doctors visit!