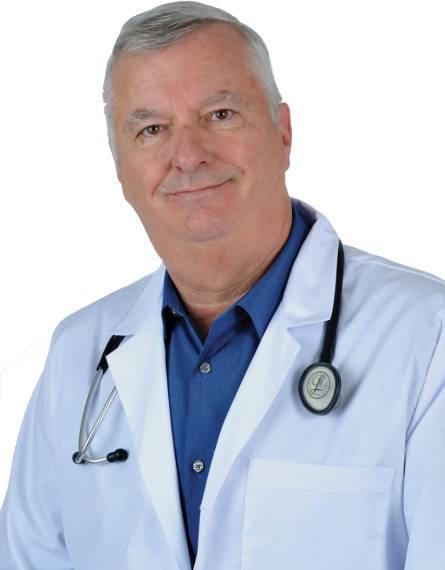 Dr. Auxter earned his medical degree at the Kirksville College of Osteopathic Medicine. He started off his medical career at the age of 16 by working at a hospital with his father, who was a surgeon. He assisted with nearly 2,000 surgeries before even starting his journey through medical school.

Dr. Auxter is in the National Osteopathic Mentor Hall of Fame for his work helping medical students from Oklahoma State University College of Osteopathic Medicine in Stillwater. He also has search and rescue commendations from the Air Force and Coast Guard Auxiliary for his service as a search and rescue pilot for 20 years. He’s been a charter member of Homeland Security since shortly after 9/11 when he was flying for the Coast Guard.

In his free time, Dr. Auxter says his two biggest hobbies are playing golf and flying. He says he sees a lot more fishing in his future during his time in Florida.