Everything You Need to Know About Alzheimer’s Disease 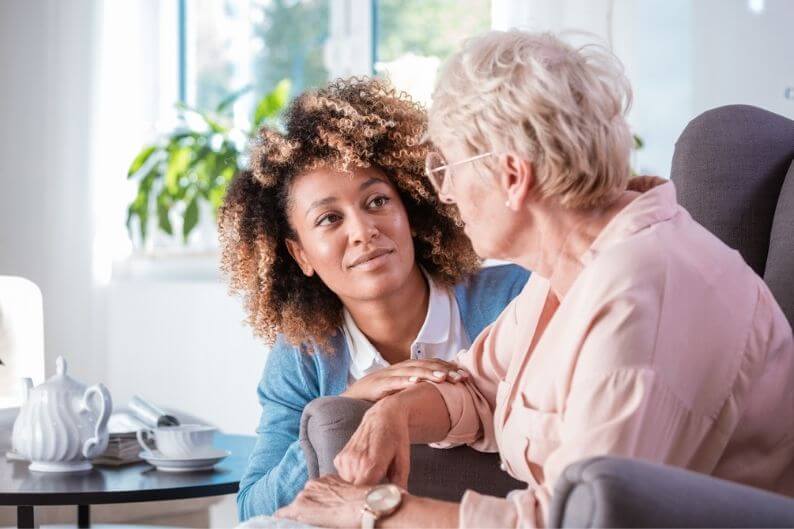 More than 5 million people in the United States are living with Alzheimer’s. That number is expected to grow to 14 million by 2050, according to the Alzheimer’s Association. The disease causes an extreme loss of memory, and it’s the fifth leading cause of death for people 65 and older.

With such a wide number of people diagnosed with the disease, odds are you know someone who has dealt with it. You may have even experienced its fallout firsthand with a family member.

Even though you may have seen its effects, you still might not know a lot about the disease. Let’s clear it all up by explaining exactly what Alzheimer’s disease is, the signs and symptoms, and each stage of the disease.

Alzheimer’s is the most common form of dementia. Dementia itself is a kind of catchall term for memory loss and other cognitive issues that interfere with your daily life.

This is a progressive disease. That means it gets worse as time goes on. Alzheimer’s will start affecting minor tasks during your daily life, but they eventually get worse. It leads to things like being unable to carry on a conversation or respond to the world around you.

How the Brain Works

To understand what is physically happening when you have Alzheimer’s, you have to understand a little bit about how the brain works.

There are three main parts to the brain. The first is the cerebrum. This is what you picture when you think of a brain. It’s the main part that fills up most of your skull. It helps with thinking, problem solving, remembering, and even controls movement.

The second area is called the cerebellum. It’s located at the back of your head right under the cerebrum. The cerebellum is responsible for your coordination and balance.

Lastly, you’ve got the brain stem. It’s right beneath the cerebrum and in front of the cerebellum. This is what connects your brain to your spinal cord. All of your automatic functions are controlled by the brain stem, like breathing, digestion, blood pressure, and heart rate.

Inside the brain, you find about 100 billion nerve cells that are connected by branches. This makes up what scientists call the neuron forest. These nerve cells transport signals through your brain. That’s what forms the basis of your memories, thoughts, and feelings.

How Alzheimer’s Affects the Brain

A brain that’s affected by Alzheimer’s Disease experiences rampant nerve cell death and tissue loss. As time goes on, the brain continuously shrinks, which impacts almost all of its functions.

Clusters of protein, called plaques, build up between all those nerve cells in the neuron forest, which eventually prevents them from sending signals. When it gets bad enough, the small clumps of plaques will cause your immune system to attack the disabled cells.

As the plaques spread throughout the brain, you eventually lose your memory and learning ability, the ability to speak, where your body is in relation to everything around you, and then the ability to recognize people or communicate at all.

The exact cause of Alzheimer’s is still unknown, but research points to the disease being the result of several different factors. It’s believed that age, family history, and genetics play a large role.

While there isn’t anything you can do about those factors, there are some other ones that you can control.

Head injuries, for example, have been linked to dementia. Things like buckling your seatbelt, wearing a helmet while playing sports, and fall-proofing your home can help prevent those brain injuries.

Since the brain is fed by blood vessels, your heart has a major link to brain health. Studies suggest that maintaining good heart health will have a cascading effect on your brain health.

10 Signs and Symptoms of Alzheimer’s

Memory loss is something that’s just a part of aging. Just because you’re getting a little more forgetful doesn’t necessarily mean you’ve got dementia. There are 10 signs that will signal you’ve got something to worry about

If you or someone you know is experiencing any of those signs or symptoms, see a doctor.

A physician will take into account your medical history, use mental status tests, and do some neurological and physical tests to look for further evidence of the disease. They’ll likely also do some brain imaging to see if they can find any visible signs in your brain.

You should get checked out as soon as you notice one of those signs. Early detection gives you many benefits as far as treatment and planning are concerned.

What to do After Being Diagnosed

After an Alzheimer’s diagnosis, you’ve got a few things you’ll need to do. First off, make sure you’re asking questions. Get the doctor to explain why the diagnosis is Alzheimer’s, what stage the disease is at, and how it’s expected to progress. You’ll also need to know if that doctor will be able to care for you or if you need to find another primary doctor.

Planning ahead will be crucial at this point. It’s difficult, but you’ll have to make all the legal and financial plans that you can. Also, talk about any medical decisions that a loved one may have to make for the patient in the later stages of the disease.

The Stages of the Disease

Alzheimer’s is a progressive disease with three different stages. It can get a little difficult to diagnose the stage because the disease affects people differently. Those three stages are early, middle, and late.

This is the mild stage of the disease. At this point, the patient can still be functioning independently, like doing activities such as driving, working, and being socially active.

This would be the stage where the person would start noticing memory problems. The most common issues include problems coming up with the right word or name, remembering names of new acquaintances, having problems functioning in social or work situations, misplacing things, or having trouble organizing and planning things.

The middle stage increase to moderate Alzheimer’s. Patients in this phase will need more care as they see dementia symptoms become more pronounced.

Damage to the brain can be making it hard for the patient to express thoughts or do routine tasks without help. You may notice the person more often being confused, frustrated, angry, or just acting in uncharacteristic ways.

Some of the symptoms in this stage include forgetting personal history, being withdrawn or moody, not remembering things about themselves, being confused, needing help choosing the proper clothing, and trouble controlling their bladder and bowels.

Because of the problems associated with middle-stage Alzheimer’s, this is the time where you’ll have to consider assisted care.

This is the final and most severe stage. A patient in this phase of Alzheimer’s can lose the ability to respond to the environment at all. Conversing is extremely difficult, and controlling movement may become impossible. There may be extreme personality changes due to the loss of memory and cognitive skills.

During this stage, patients will need assistance at all times of the day, won’t be aware of their surroundings, will have difficulty communicating, and become vulnerable to infections.

Many people in this stage won’t be able to engage with other people, but there’s still a benefit to interacting with them. Things like listening to relaxing music, gentle and reassuring touch, and talking to the patient can help them feel more comfortable.

A lot of this phase is aimed more at comfort and dignity for the patient at the end of life. Hospice is a good idea at this point to ensure the best care and help the families work through this difficult time.

How Alzheimer’s is Treated

Unfortunately, there is no cure for Alzheimer’s disease. There’s also no way to slow or stop its progression. There are several ways to treat the symptoms and improve the quality of life for the person who’s affected.

For memory and confusion, there are several medications that can be prescribed to lessen the symptoms.

Behavioral changes, which can be one of the most challenging situations to handle, have a few methods to keep issues to a minimum. One of those is to minimize any changes for the patient. Things like moving to a new house or nursing home, changing caregivers, or being admitted to the hospital can be a trigger. Limiting those triggering events will help keep the patient calm.

The patient’s physician should also do a medical evaluation to find anything that could contribute to behavior changes. For example, some medications can cause or worsen those changes. There could be other medical factors compounding the problem that are an easy fix, like problems with hearing or vision.

Searching for the Answer

Researchers continue to search for the cure to this debilitating disease. Around the world, there’s a push to find new treatments that will slow or stop the disease in its tracks.

The FDA approves five drugs to treat the symptoms of Alzheimer’s. The hope is there will be a next-generation drug that can stop the disease process itself. Researchers believe that will allow them to move on to hopefully finding a cure.

One of the most important things right now is that research continues to accelerate. More people are needed to continue clinical trials, and donations to further that research is always needed.