Who Should Get The Shingles Vaccine? 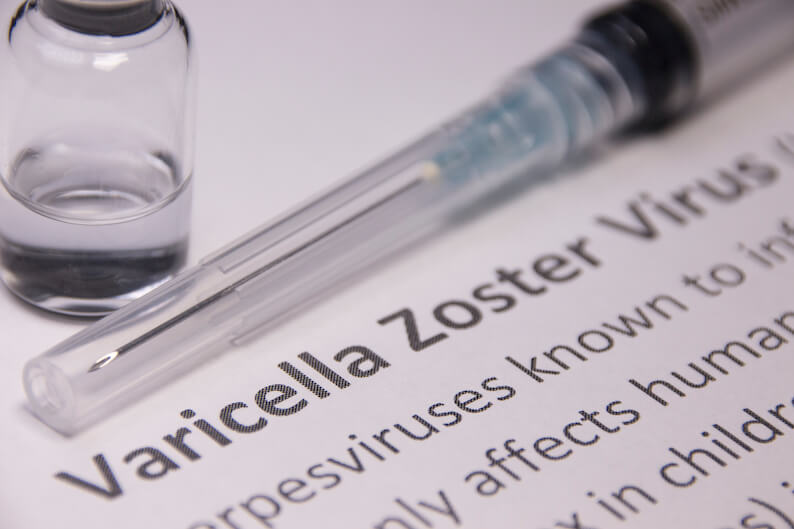 One in three people will get shingles in the United States, with most who become infected usually over the age of 50. Statistics show that half of adults who live to be 85 will experience at least one episode of shingles. Although shingles is rarely deadly, it is an extremely painful disease that can leave you debilitated. Fortunately, you can take preventative measures by getting a vaccine to reduce your risk of developing shingles.

The first FDA-approved shingles vaccine, Zostavax, became available in 2006. The original vaccination has since been replaced with Shingrix, deemed much more effective than its predecessor.

Before we jump into who should get the vaccine and why, let’s first discuss the disease at hand – shingles.

Many of us probably remember a childhood experience that involved missing school and being isolated, thanks to an itchy and highly contagious virus called chickenpox. Oh yes, the memories. Well, shingles is sort of the grown-up version of chickenpox. Only, instead of a red rash that itches constantly, shingles causes a rash with blisters and an intense burning sensation that can last for weeks, sometimes months.

Shingles is a reactivation of the chickenpox virus varicella zoster. If you had chickenpox as a child, your body fought the varicella-zoster virus until symptoms subsided. However, the virus never leaves your body. Instead, it sits dormant with the possibility of becoming reactivated later in life in the form of shingles.

Shingles can occur anywhere on the body but most often appears as a band in one contained area. Early symptoms of shingles may include:

Other signs and symptoms that appear a few days after the onset of the virus include:

Shingles is not contagious in the sense that one person can’t give someone else shingles. However, someone with shingles can cause someone to develop the chickenpox if they haven’t already had the virus or the vaccination.

Who is at Risk for Developing Shingles?

For most people, the chickenpox virus remains in the body quietly and doesn’t cause any other problems. Researchers are not entirely sure why the virus gets reactivated in some individuals. They have noticed a correlation between stress and shingles outbreaks.

Obviously, individuals who have previously had the chickenpox are at risk for shingles. Of those individuals, those with an increased risk include people:

Are There Complications of Shingles?

As we mentioned earlier, shingles is rarely deadly, but you can experience more than just a skin rash. Over 10 percent of people who get shingles suffer from postherpetic neuralgia, lasting nerve pain in previously infected areas. Postherpetic neuralgia can last for months or years and become quite severe.

Protect Yourself with a Shingles Vaccine

The CDC recommends that all people 50 and older get the shingles vaccine to protect themselves. Even people with no known history of having chickenpox or the varicella-zoster virus are advised to receive a shingles vaccine.

The vaccine is given in two doses spaced two to six months apart. The Shingrix vaccine is more than 90 percent effective at preventing shingles and long-lasting nerve pain. Studies suggest the vaccine to be over 85 percent effective for four years in people 70-plus. You should speak with your provider to determine if you should receive a shingles vaccine booster after receiving both doses from your initial vaccination.

The best thing you can do to reduce your risk is to get the shingles vaccine. Vaccines are safe and effective and one way you can assure Better Health.