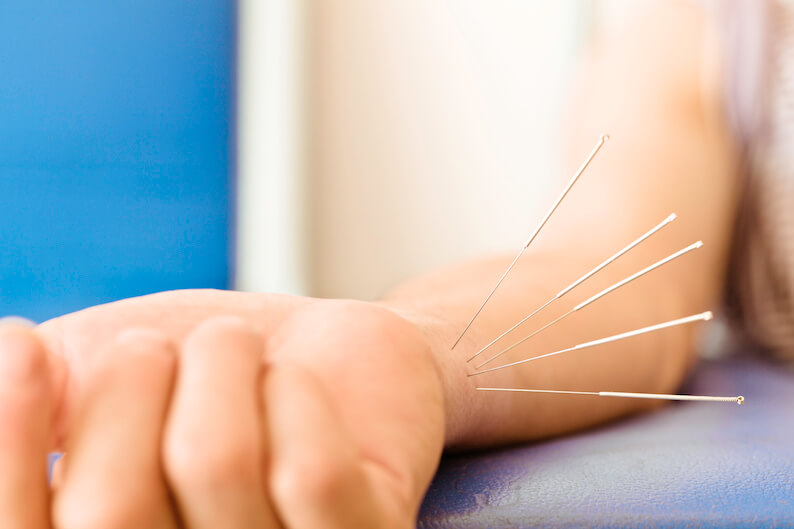 Acupuncture is a therapeutic medicinal treatment that originated in China more than 2,500 years ago.

It is actually believed, however, that the practice of acupuncture dates all the way back to the Neolithic Period (6000 BC), where instead of needles, sharpened stones and long sharp bones were used.

Acupuncture theory is based on the belief that we all have energy flowing within our bodies. This energy flow is called qi and pronounced “chee”. The goal is to center our qi so to restore balance. When we establish balance, we can achieve total mind, body, and spirit alignment

Energy flows through the body in 12 main channels called meridians. These meridians represent the major internal organs and functions of the body. So, for example, there is a heart meridian and a liver meridian. And when negative energy builds up inside these channels preventing energy flow, our health begins to suffer, and we experience symptoms such as pain, headaches, inflammation, and high blood pressure.

Traditional Chinese medicine practitioners believe the human body has more than 2,000 acupuncture points connected by these meridians. Energy blockages can be manipulated and broken up using the placement of needles within the acupoints. In addition to acupuncture points, there are also microsystems such as the ear, eye, nose, and hand that can be utilized to restore energy flow.

Acupuncture has become a worldwide treatment for an array of health conditions. It’s often used in Western medicine as an alternative or complementary treatment method. Acupuncture has been proven to increase hormone levels, including serotonin and endorphins, the body’s natural pain-killing chemicals.

Brief history: BFA Protocol was initially developed by a military physician Dr. Richard Niemtzow, MD. BFA uses acupuncture needles called ASP needles. The ASP needle is a semi-permanent/single-use needle and comes in three kinds of metals: stainless steel, gold, and titanium. BFA traditionally uses gold needles. Needles stay in the ear for a few days, but pain relief can be reported up to 2-4 weeks following a session. Sessions may be repeated indefinitely and are generally repeated on a weekly, biweekly, or monthly schedule. These points can not only relieve pain but can help many other conditions as well, depending on the protocol selected.

Applicable conditions: Many, but the protocols that are typically used most often are for pain (acute, subacute, and chronic); weight loss; addiction (e.g., drug, alcohol, sex, and tobacco); mood disorders (e.g., depression and anxiety); and headache/migraines.

Contraindications: Pregnancy; trypanophobia (fear of needles) to the point of passing out; significant bleeding disorders or Warfarin/Coumadin use; and overlying skin infection.

Find Your Qi With Acupuncture

The idea of getting poked with needles may not sound appealing, but there’s history and science behind this ancient treatment. Acupuncture has proven to be an effective treatment for many different conditions and ailments. If you live in the Pensacola area and you’re curious to see what all acupuncture has to offer and if it might be a viable treatment option for you, schedule an appointment with Dr. Amy Reed at VIPcare Pensacola Pine Forest by calling 850-612-8727.

Dr. Reed is board certified in family medicine and a former naval physician. She most recently practiced at Naval Hospital Pensacola. She’s originally from Chicago, IL, where she attended college at the University of Illinois, earning degrees in biological sciences and psychology. She graduated from New York Medical College in Valhalla, NY, and completed her residency in family medicine at Naval Hospital Camp Pendleton in California.

Dr. Reed has experience in managing and treating a wide variety of medical conditions. She believes in comprehensive, personalized medical care and partnering with patients to achieve Better Health outcomes. Learn more about Dr. Reed HERE.