Alzheimer’s vs Dementia: What’s the Difference? 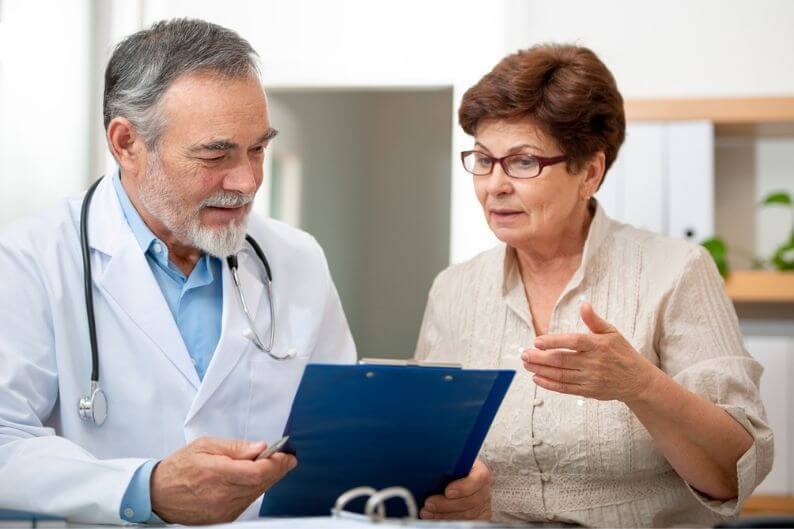 In conversation, it’s common to hear Alzheimer’s and dementia used interchangeably. In reality, there’s a difference between the two. So when it comes to Alzheimer’s vs dementia, what really is the difference?

While Alzheimer’s is a form of dementia, when someone has dementia it doesn’t mean they have Alzheimer’s. Let’s get into what differentiates the two.

The Difference Between Dementia and Alzheimer’s

Dementia is the umbrella term used to describe many symptoms of mental decline that impact people’s everyday lives. Those symptoms include memory decline, changes in thinking skills, bad judgment and reasoning skills, decreased focus and attention, and changes or difficulties in communication.

There are many different types of dementia. Alzheimer’s disease is by far the most common. It accounts for about 60-80% of dementia cases. That’s why you often hear the terms Alzheimer’s and dementia being used interchangeably.

According to the Mayo Clinic, there are many cognitive and psychological changes to look for, including:

Dementia occurs when your brain cells get damaged. The effects will vary depending on the area of the brain that’s affected by the damage. It can impact people differently and lead to different symptoms based on the individual.

Many types of dementia are not reversible. They’re called progressive dementias. This is the category Alzheimer’s disease falls into.

The second most common progressive dementia is vascular dementia, which is caused by damage to the blood vessels that go to your brain. Other types include Lewy body dementia, frontotemporal dementia, and mixed dementia (again, this is when a person has several conditions that cause different types of dementia).

Just because someone is experiencing symptoms of dementia doesn’t mean it’s progressive, though. There are dementia-like conditions that can be reversed.

Things like infections and immune disorders, problems with the thyroid or low blood sugar, nutritional deficiencies, side effects of medication, brain bleeds, poison, brain tumors, and even anoxia (when the organ tissues aren’t getting enough oxygen) can cause symptoms of dementia that can be reversed.

More than 6 million Americans have Alzheimer’s, and that number is expected to more than double by 2050. It’s one of the leading causes of death in the country. The older population is affected the most by Alzheimer’s.

The cause of the disease isn’t fully known by scientists. They believe there’s no single thing that leads to it. It’s believed Alzheimer’s is caused by several factors like genetics, your lifestyle, and the environment you have lived in.

Your age, family history, and genetics are some of the major risk factors. Most people who have the disease are 65 or older. Your risk goes up as you age.

Here’s the Cliff’s Notes version of how it works.

Protein deposits will start to form in your brain. They form what are called plaques and tangles in your brain. That causes the brain to lose connection with some of its cells. As the disease progresses, more plaques build up and kill more and more brain cells, which will eventually lead to you experiencing some of the dementia symptoms noted above.

For Alzheimer’s, the treatments can include medications that address behavioral changes, memory loss, sleep changes, or depression. Some alternative remedies are aimed at boosting brain function.

Doctors treat other forms of dementia on the basis of which form a patient is dealing with. They will prescribe certain drugs depending on which disease is causing the dementia. In other cases, physicians focus treatment on preventing further damage to blood vessels leading to the brain.

You can reverse dementia in some instances. That’s mostly for people dealing with medication side effect issues, tumors, metabolic disorders, and hypoglycemia. Most cases are not reversible, though.

Unfortunately, there’s no surefire way to prevent dementia. The best you can do is to do all that you can to lower your risk.

Lowering your risks of dementia are a lot of the same things you would do just to maintain your overall health. Maintain an active lifestyle, eat a healthy diet, get enough sleep every night, and quit smoking.

Keeping your mind active is another thing that can help. Things like reading, learning a new hobby, and listening to music can help you exercise your mind every day.